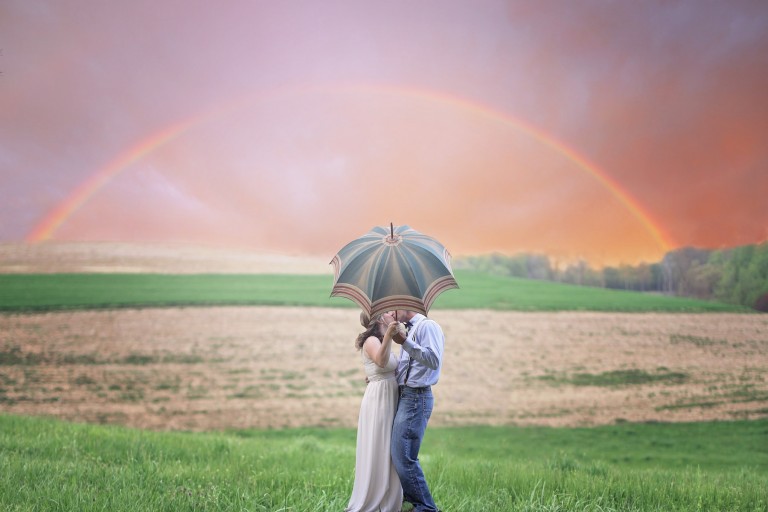 When you’re in a relationship with another person in recovery, a little empathy goes a long way.

Whether your partner is also in recovery or not, the program is sure to touch your relationships.

When Sarah C. and William C. began dating after they met in a Vermont treatment center in 2016, their friends and family were skeptical. After all, dating in AA during early recovery is generally frowned upon, since tradition recommends spending the first year of sobriety focusing on one’s self. “Needless to say, many were concerned for us and our sobriety,” Sarah said.

In addition to navigating the challenges of early recovery and a new relationship, the couple had a heartbreaking first year, during which two of Sarah’s friends died and the couple’s son passed away shortly after birth. While the grief and loss threatened to overwhelm them, Sarah said that their shared 12-step traditions gave them the strength to survive.

“Looking back on it now, we realize how much the principles of AA had already been intertwined within our life the whole time,” she said. “The program and the steps are an outline to prepare you for the good times and the bad times. We are grateful that we had all of the unconditional love and support from our community during this time to remind of us where we started and to be grateful ‘just for today.’”

Once people in recovery feel ready to begin dating, they often question whether they should pursue a relationship with someone who is also in recovery or a so-called “normie.” Both situations have their challenges. While someone who shares the 12-step traditions might understand the need for meetings and late-night phone calls with people from the program, you’ll also have to balance two recovery programs in your relationship. On the other hand, a person without a history of addiction might have less baggage, but also less understanding.

For Sarah and William, who are now married and recently had another baby, the tenants of AA have formed the foundation on which their family is built. “Being in recovery together is a gift. We are extremely blessed to live by the same values and to have an understanding of one another where we can identify with each others trek in the past,” Sarah said. With William, she doesn’t have to worry about explaining her sobriety or her program. “I use to say to my family all the time, ‘you don’t understand’. My husband ‘get’s it’ and he still loves me for exactly who I am,” she said. Because of that, William and Sarah are able to focus on moving forward in their recovery together, without having to teach their significant other about the program.

Karen A. and Steve D., of New York, have been married for eleven years and sober for more than two decades each. Being in recovery together has strengthened their relationship in many ways, they said. “We speak a common language, we have great empathy for each other’s struggles; and we have tools from the 12 steps to help with our marriage – especially the 10th step (questioning our behavior and making amends in real time),” Karen said.

However, there are also challenges to maintaining a marriage and two recovery programs, according to Karen. “For us, it always seems that someone is working on a personal issue – there’s never a time when we both are contentedly sane, it seems,” she said. Because the couple are both active in AA and understand what the program expects, they can find one another comparing programs or judging the other’s efforts.  “For example, I may have feelings if he doesn’t have a sponsor or sponsee and he may not think I’m going to enough meetings,” she said.

Over the course of their marriage, the couple has learned that each is responsible for his or her own sobriety, something that is important for all couples dating in AA. “Remember to keep the focus on yourself and your own recovery,” Karen said. “Don’t take their inventory.” They also make sure that they’re going to meetings together and apart. “While it’s often fun and productive to go to meetings together, leave your partner space to go to some meetings on their own so they can feel free to share what they want,” Karen said. When you’re in a relationship with another person in recovery, a little empathy goes a long way. “Be patient with their issues,” Karen said. It will be worth it. “I can’t imagine being in a long-term relationship with someone not in recovery,” Karen said. “Despite the challenges, we both have a deep sense of gratitude at being given a second chance in life and that gratitude spills over into our appreciation for each other and our life together.”

When Chris G. first got sober, he was dating in the rooms a lot. He even married a fellow 12-step member during his first year in recovery, but the relationship did not work out. Now, Chris, who has been sober for 25 years, is married to a woman who is not in recovery. He says that his recovery has strengthened their relationship. “Being a person in recovery, I have to be honest which always improves any kind of relationship,” he said. Because his wife is not in recovery, Chris has had to be open and communicate about the time that he dedicates to his program. “There’s been a few times when my attendance at meetings has interfered with some plans, as has taking calls at all hours from a new guy struggling with early sobriety and going out to coffee at all hours of the night,” Chris said. Normally, fielding late-night phone calls from someone other than your partner might be suspicious, so it’s important that people who are dating in AA are open about their program.Although his wife is not in recovery, she doesn’t often drink, Chris said, so there is not tension about using substances in the house. Overall, Chris says has dated in AA and has dated people not in recovery, and he doesn’t see a huge difference in how the relationships unfold. “Everyone is human and has their own faults, foibles and follies along their path of growth,” he said. 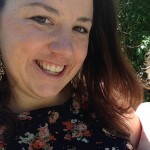 Kelly Burch is a freelance journalist who regularly writes about addiction, recovery and mental health issues. Her work has appeared in The Washington Post, Vice, and more. Kelly isn’t in recovery herself, but comes from a family that has been touched by addiction in many ways. When she isn’t writing, Kelly enjoys kayaking or getting lost in the woods of rural New Hampshire, where she lives. Connect with Kelly via her website, Facebook or Twitter.